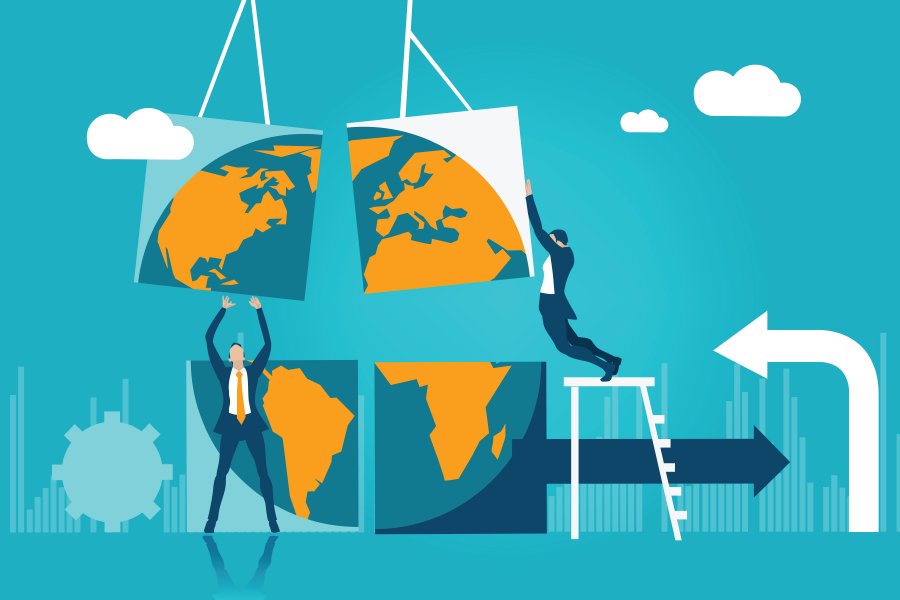 Global Leaders Try Putting Toothpaste Back in the Tube

Posted on
September 6, 2019
in
Strategic Insights
A

s indicated by the title of our August publication, “The End of Globalization”, we believe that political developments during the summer of 2019 convinced business leaders that the old rules governing the global trading system could be completely upended. The increasing potential for outright trade war between the US and China and a hard Brexit for the UK escalated uncertainty over future trade policy.

Slowing economic growth and the resulting market turmoil apparently prompted world leaders to pull back from the brink and look for opportunities to deescalate existing trade disputes. President Trump started this cooling off process on August 26th by insinuating that he had been contacted by senior Chinese officials and they wanted to return to the negotiating table. Although Chinese leaders denied making any such call, less than two weeks after  Trump’s statement China announced that trade negotiations would resume in October.

Meanwhile, the U.K. Parliament derailed Prime Minister Boris Johnson’s aggressive moves to ensure a 10/31/2019 date for Brexit (with or without a new trade agreement with the European Union).  Despite Johnson’s vehement opposition, Parliament passed a law delaying Brexit until 2020 if no deal is reached at an October 19th summit with the E.U. This legislation substantially reduces the odds of a “hard” Brexit at the end of October.

The string of good news continued with a major concession to protestors by the Hong Kong government and has allowed global equity markets to reverse their August declines in the first week of September.

By contrast, bond investors appear skeptical that politicians can put the toothpaste back in the tube and restore business confidence enough to undo the sharp drop in global manufacturing indicated by August economic data.

Yields on global bonds are off the lows of late August but remain well below the levels seen at the end of July. For example, yields on the 30-year treasury have dropped from about 2.53% on 7/31/2019 to about 2.05% currently.

The key decision facing investors is whether equity investors’ renewed optimism is justified by the improved political environment, or is the skepticism expressed by bond investors once again providing a more realistic assessment of potential political and economic developments.

We believe that the precipitous drop in manufacturing activity seen in virtually every major economy (with the notable exception of China) will not be reversed simply because politicians appear frightened by the consequences of their prior actions.

Renewed negotiations between the US and China are a big improvement over tit for tat tariffs, and continued uncertainty over the timing and terms of Brexit may be better than the certainty of a hard Brexit. However, the US and China have yet to agree on preconditions for the October summit, signally the potential for the summit to be canceled or prove no more productive than prior negotiating sessions. Similarly, the UK will almost certainly have to hold a Parliamentary election within the next 8 weeks. The results of that election could put a hard Brexit right back on the table.

Business leaders and investors face at least two more months of uncertainty over the rules governing trade relationships across the three largest economic blocs in the global economy (the E.U., the US and China).

We are skeptical that businesses will do anything in this environment but hunker down and wait, and global growth is likely to continue slowing.  In the US, the drop-in business investment could be partially offset by continued strong consumer spending. Lower rates have given a cash injection to US consumers through another wave of refinancing and renewed strength in housing markets. We therefore remain confident that the US can avoid recession over the next 18 months irrespective of the outcome of current trade disputes.

We believe that the US economy is likely to slow to 1.0-1.5% if the current trade dispute isn’t resolved in October. Although the US could escape recession in that scenario, such anemic growth may not be enough to support current equity prices.  In addition to weak business investment, US companies will face additional headwinds to sales and earnings growth due to a very strong dollar.

A strong dollar makes US exports less price competitive and reduces overseas earnings when they are translated back into dollars. As shown in the chart below, the dollar has recently broken out to levels not seen since 2002. Unlike the last round of dollar strength in 2017, investors cannot anticipate offsetting the dollar’s drag on earnings with an earnings boost from tax reform.

These likely headwinds to earnings growth could be overwhelmed by investor euphoria should the US and China reach a trade agreement at their October meeting. However, we are concerned that the current market rally may have already priced in a high probability that existing trade disputes will be resolved. Markets appear vulnerable to any disappointing outcome and we think the odds are about 50/50 that the October meeting results in a continued stalemate.

Hu Xijin, editor of the Communist Party controlled Global Times, has frequently been used by Chinese officials to strategically leak their trade negotiating positions. In a tweet posted soon after the announcement of the October meeting, Hu predicted a successful outcome to the negotiations.

However, his prediction of success appears to be predicated on President Trump making most of the concessions. Hu opines that “the US, worn out by the trade war, may no longer hope for crushing China’s will.” China’s strategy of offsetting tariffs through currency devaluation and fiscal stimulus has been successful enough that Chinese leadership may believe they can wait President Trump out, especially since they do not have to worry about elections.

President Trump may be ready to compromise considering increasing concerns about economic growth and the potential impact on his bid for re-election, but the President’s penchant for unpredictability prevents us from making a bet on such an outcome.

By contrast, we continue to believe that the long-term trend for US interest rates is down no matter what the outcome of the current trade disputes. Short-term, the Fed could lower rates more gradually than the bond market currently anticipates, and a successful trade summit could also cause a short term bond market sell off.

However, we believe the protracted trade disputes between China and the US and the UK and the EU have forced business leaders to reduce business investment until clarity emerges about long term trade policy.

The political divisions regarding trade policy are deep, bitter and unlikely to be resolved within a single election cycle.

Without a stable trade policy framework, business investment could remain depressed for an extended period. The growth and inflation implications of subdued business investment could keep downward pressure on interest rates for the foreseeable future, especially in a world where negative rates are increasingly the norm and weak credits like Italy and Greece can borrow at less than 1%.

Equity markets have transitioned from despair to euphoria in less than two weeks. August economic data and market volatility has alerted global leaders to the risks they run by engaging in trade brinksmanship, but the political calculus that led to these aggressive trade stances has not changed. We remain cautiously positioned until and unless we see definitive progress on resolving these trade disputes.