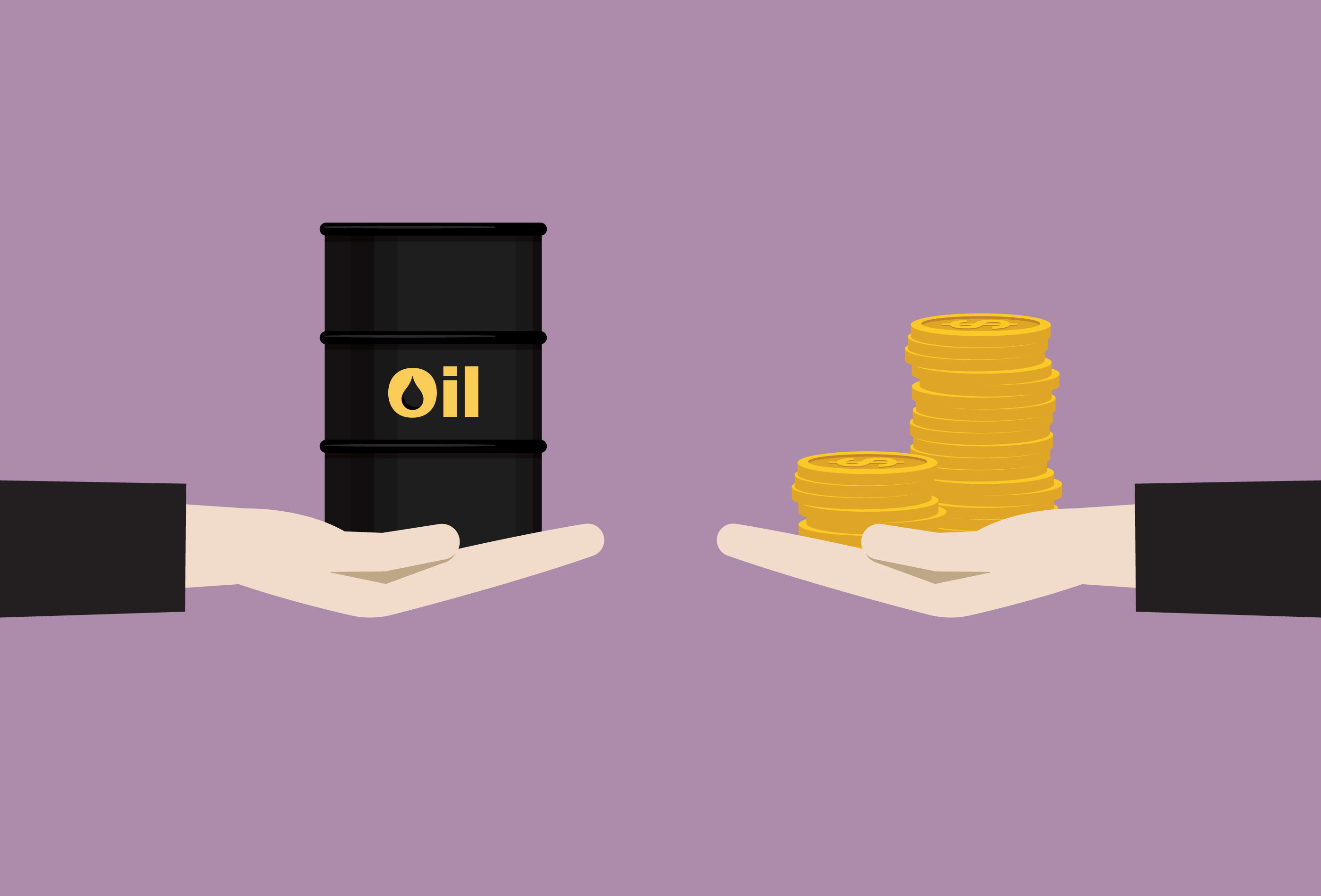 ladimir Putin’s invasion of Ukraine will go down in history as both a savage war crime and a catastrophic strategic blunder. Ukraine’s heroic resistance against overwhelming odds will inspire people around the world to cherish their freedom, and remember the price paid to secure that freedom. We pray that the violence ends with Ukrainian sovereignty restored.

From a market perspective, the invasion of Ukraine has completely upended energy market dynamics. Big Oil continues to face serious long-term headwinds. However, these concerns are overwhelmed by the potential for US companies to displace Russian competitors across European energy markets. Europe is determined to end its dependence upon Russian oil and natural gas, opening a market of 500 million consumers for US producers.

The Biden administration should act aggressively to accelerate this substitution of US energy for Russian production. The US remains the largest oil producer in the world, and US oil production increased about 15% over the past year (see chart). However, that rate of growth cannot provide enough energy to meet European demand. Oil prices have nearly doubled since Putin began threatening Ukraine in December of last year. Big Oil has devoted this cash windfall to stock buy backs and dividend increases rather than invest in higher production. President Biden should declare an energy state of emergency. Oil company buybacks and dividend increases should be prohibited until US production rises enough to meet Europe’s new energy needs.

The past decade has been a tough one for Big Oil. Despite US oil production more than doubling since 2006, US oil companies spent much of the past decade losing money. Market manipulation by Russia and Saudi Arabia kept oil prices close to $100 from 2011 through 2014 (see chart). High prices encouraged US producers to invest heavily in fracking technology. Having suckered US companies into overextending themselves, the Russians and Saudis inflicted massive losses on Big Oil by pushing prices to as low as $30 in 2015 and 2016.

US oil producers were just starting to recover from the losses incurred in 2015 and 2016 when the global pandemic hit. The global economy shutdown for nearly 6 months in 2020. Planes were not flying. Cars were not driving. Oil prices went negative for a few weeks, with producers paying buyers to take oil off their hands.  For the second time in 5 years, Big Oil endured catastrophic losses.

As if oil price fluctuations and corresponding losses were not enough, the past decade also made it clear that Big Oil will lose its biggest source of demand. Elon Musk has convinced consumers that they want an electric car not to save the planet, but because it is a better car (faster, better handling, more reliable).  Every major car manufacturer is converting to electric vehicles, with luxury brands like Mercedes, Lexus, Jaguar, Volvo, and Rolls Royce committing to be 100% electric by 2030. That means significantly lower future demand for gasoline and motor oil.

With a history of losses and prospects for falling demand, Big Oil is using the windfall from higher oil prices as an opportunity to recoup prior losses. Wall Street investors require all available cash flow be funneled into stock buybacks and dividend increases, and demand that Big Oil avoid investing in higher exploration and production. As detailed in a February 18th article in the Wall Street Journal:

“America's largest frackers are reporting huge profits but plan to keep oil production in low gear this year, adhering to an agreement with Wall Street, even as prices approach the $100-a-barrel mark for the first time since 2014…Pioneer CEO Scott Sheffield said his company won’t divert from its strategy of raising oil production 0% to 5% a year despite high oil prices. “There is no change for us,” Mr. Sheffield told investors (on February17th). “$100 oil, $150 oil, we’re not going to change our growth rate.”

Big Oil executives callously dismissing the impact of $150 oil on ordinary Americans ensures that they will be the villain in the next Bond movie. Even so, their attitude is entirely understandable in the context of the losses they have endured and the seismic changes their industry is facing. Also, in fairness, these quotes reflect Big Oil attitudes just prior to Putin’s invasion of Ukraine.

Patriotism and the obvious need to offset the war’s impact on the US economy might persuade oil executives to invest more aggressively in production. We would also hope that these executives are smart enough to see the golden opportunity Putin has provided them to take over European energy markets. However, hope is not a strategy. The Biden administration should make oil executives an offer they can't refuse.

The State of the Union Biden Should Have Given

President Biden appropriately won high marks for his State of the Union remarks concerning Ukraine, and the overall unifying tone of his address. His proposed theme for addressing inflation is also a good vision for guiding policy (“lower your costs”). However, aside from an inconsequential release of oil from the strategic reserve, he failed to provide much policy substance that might reduce gasoline or food prices.

We would like to see the Biden administration address this oversight in the very near future with policy proposals along these lines:

1. Prohibit energy company stock buybacks and dividend increases until US oil production rises from 12 million barrels per day to at least 15 million.

2. Unleash American farmers by flipping the current farm subsidy program on its head. Instead of paying farmers not to grow crops, guarantee their subsidy payments no matter how much corn, wheat, and soybeans they produce.

3. Eliminate all Trump era tariffs on traditional allies like Canada and Germany. Eliminating these tariffs reduces inflationary pressures and rewards our allies for their support against Russian aggression.

Food and energy are the two most painful sources of inflation for lower income Americans. Russia is a major provider of energy and Ukraine is a major provider of wheat. Putin’s invasion caused oil and wheat prices to jump 50% in a matter of days. Oil prices are back to levels last seen in 2014 and wheat is at an all-time. President Biden’s policy response will determine the economic impact of these inflationary pressures. If he does not get more aggressive, the economic and political costs could be high.

Putin’s war puts the Federal Reserve in a very difficult spot. The Fed must determine the economic impact of food and energy price shocks. We could be on the cusp of an inflationary spiral. Alternatively, food and energy costs could so deplete consumer spending power that the economiy slumps into a recession. The worst-case scenario is for both outcomes to occur, and the US experience a 1970s style period of “stagflation.”

Based on Fed Chairman Powell’s public statements, he is fully aware of the uncertainty regarding the impact of higher food and energy prices on the economy. Prior to the Ukrainian invasion, markets were priced for the Fed to raise interest rates 0.5% at its March meeting. Since the invasion,Powell has publicly called for a more cautious 0.25% increase. This cautious rate increase will be combined with an end to the Fed’s money printing program, and a plan to “unprint” money and shrink the Fed’s balance sheet sometime in 2022.

We believe that the oil shocks of the 1970s created an inflationary spiral because the Fed consistently printed money to ease the economic impact of those price shocks. Although the Fed printed a staggering amount of money over the past 2 years, it has committed to shut down its printing press and start draining money from financial markets. To ignite a long-term inflationary spiral, we believe that the Fed would have to renege on these commitments and keep the printing presses rolling. If the Fed shuts down its printing press on schedule, then we think oil prices will impact the economy like a tax increase. Higher prices at the pump will drain consumer spending power and slow economic growth. Slower economic growth will eventually ease inflationary pressures.

The most likely outcome of the Fed’s balanced approach (modest rate hikes combined with a shrinking money supply) is that inflation will start to moderate by 2023. This moderation will only occur after painful additional price increases at the gas station and grocery store. In this environment, consumer spending will fall sharply absent bold action by the Biden administration to stimulate oil and food production. Falling consumer spending will slow the economy, but low unemployment and rising wages should allow the US to avoid recession.

The most obvious investment opportunity arising from Russia’s invasion of Ukraine is US energy companies. Although sanctions avoided the energy sector, most banks and energy traders have decided it is too risky to transact in Russian oil and natural gas. Russia, the second largest oil producer in the world, has effectively been shut out of global energy markets. Saudi Arabia is supporting Russia by refusing to increase production. Restricted oil supply all but ensures that US producers will continue to reap a cash windfall.

Longer term, shutting Russia out of the global financial system deprives Saudi Arabia of their market manipulation partner. Without Russian and Saudi manipulation, energy markets should exhibit more rational pricing and less volatility. Big Oil can expect more consistent profitability from fracking investments.  If US energy producers refocus from recouping past losses to increasing production, they also have a once in a lifetime opportunity to increase global market share by displacing Russian production in Europe.

Although Big Oil household names like Exxon and Chevron are close to all-time highs, less well known and more aggressive energy investments such as exploration & production, oil field services, MLPs, refiners, etc., remain far below levels seen when oil was last above $100 (see chart). If we are correct about the market opportunity, these energy sectors could offer substantial upside.

Russia’s invasion of Ukraine has forced a reset in geopolitics, Fed policy, and prospects for US energy companies. The Biden administration has responded to Russian aggression with a sanctions regime that includes almost every democracy on the planet, even traditionally neutral countries like Sweden and Switzerland. However, this proactive geopolitical strategy has thus far not been matched with an appropriate economic strategy. Both Saudi Arabia and US energy producers are essentially helping the Russian war effort by keeping production low and oil prices high.

President Biden can do very little about Saudi intransigence, but Big Oil here in the US is a different story. We hope to see bold policy moves that force Big Oil to do the right thing by Main Street (ordinary Americans) through dramatic increases in energy production. We think increased US oil production will also prove the right long-term strategy for Wall Street. Big Oil could capture European energy markets, and overall corporate would be improved by moderating oil prices and the economic boost provided through oil patch investment spending.

Brutal dictatorships have dominated global energy markets since the 1970s. Consumers have spent 50 years essentially funding these dictatorial regimes, and suffering from their occasional desire to inflict pain on Western democracies through higher oil prices. US producers have an opportunity to displace one of the largest and worst of these dictatorships. That could be the one benefit emerging from Ukraine’s current suffering.