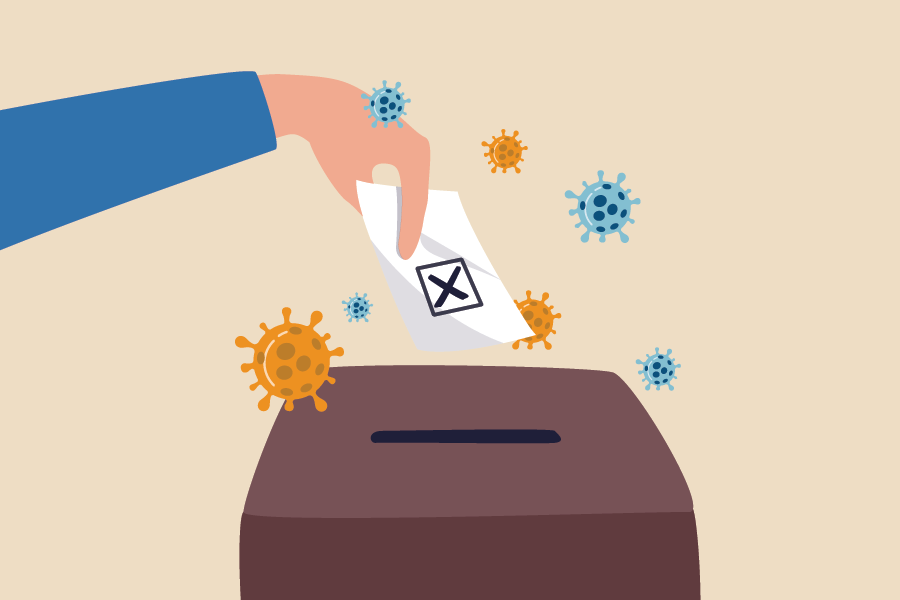 Implications of a Contested Election: The Fed Will Save Us... (Eventually)

Posted on
October 6, 2020
in
Strategic Insights
A

ssuming the President’s health quickly fades as an election concern, we believe the biggest risk facing financial markets is the potential for a contested presidential election. The current pullback occurred, in our opinion, because the President and Congress failed to reach agreement on a new package of COVID-19 stimulus measures. No matter who wins, the first item on the agenda for the newly installed President and Congress will be a COVID-19 stimulus bill, in our opinion.

We are only a few days into October and the presidential election has already been rocked by an October surprise. President Trump’s COVID-19 diagnosis throws another wildcard into an already fractious and unpredictable election.

Every American and every investor must hope that the leader of the free world has a quick and complete recovery. Optimistic assessments from the President’s medical team suggest that such a recovery is likely.

Assuming the President’s health quickly fades as an election concern, we believe the biggest risk facing financial markets is the potential for a contested presidential election. Investors may have to endure several weeks of political uncertainty.

In that environment, we think equity markets will require Federal Reserve support to avoid a serious market decline. The political calculations of a handful of Senators between now and election day could determine whether markets receive that support, or we face the potential for more downside in the current market correction.

The Market Needs the Fed

Our investment thesis has consistently been that the market rally over the past year has been largely fueled by aggressive money printing by the Federal Reserve. As shown in the chart below, technology fund purchases (the red line) climbed in virtual lock step with the money injections by the Fed (the blue line).

The current pullback occurred, in our opinion, because the President and Congress failed to reach agreement on a new package of COVID-19 stimulus measures. Without more deficit spending to finance, the Fed has suspended its money printing activities for the past few months (the blue has been flat since late May). Without fresh injections of cash from the Fed, the buying frenzy stopped (the red line has trended down since May) and markets experienced about a 7% decline.

We believe the key to ending the current market correction and getting back to rising markets is more stimulus spending, because bigger deficits spending will require the Fed to finance the debt by printing more money.

Markets enjoyed a strong upswing when House Speaker Pelosi and Treasury Secretary Mnuchin announced that negotiations had resumed on another COVID-19 relief package. Pelosi has brought her number down to $2.2 trillion and Mnuchin has come up to $1.6 trillion. A compromise somewhere between $1.8 and $2.0 trillion appears well within reach.

Unfortunately, any relief measures agreed to by Speaker Pelosi and the White House must also pass the Senate. A handful of very conservative Senators are on record as opposing any additional stimulus spending. That means Senate Majority Leader McConnell will need a coalition of Republican and Democratic Senators to move a stimulus bill through the Senate.

Such a coalition may be difficult to assemble during a bitter Supreme Court confirmation process and a contentious presidential election. Senators will likely follow a cold political calculus in deciding whether to support or oppose more stimulus spending: will passing such legislation make it more or less likely that their party has the majority in the next Senate?

The Supreme Court confirmation fight is an unpredictable variable in these political calculations. How will the process go and how will voters feel about the way each party conducted themselves? An extremely ugly hearing process could make it politically impossible for Senators to offend their core supporters by compromising with the other side. By contrast, a contentious but respectful confirmation process could smooth the way for a breakthrough compromise on stimulus spending.

Despite the recent burst of market optimism, we see a difficult road to getting the Senate to pass a stimulus bill before the November 3rd election. The President is by far the most influential player in the Republican party.

His direct involvement may be required to pass a bill over the objections of reluctant Republican Senators. Assuming he continues to make a rapid recovery, the President is still likely to miss a week or two of personal appearances during the campaign’s critical last few weeks. He may be more focused on playing catch up with his campaign schedule than interceding in Senate negotiations.

A Contested Election Could Get Ugly

Continued stalemate on more COVID-19 stimulus could be problematic for financial market. We are in the middle of an extremely contentious presidential election. President Trump appears to be laying the groundwork for a legal challenge to any election outcome that does not declare him the winner.

Vice President Biden has similarly noted that he will likely wait until all mail-in ballots are counted before conceding defeat. Absent an overwhelming victory by one candidate, investors are likely to face several weeks of political uncertainty while legal challenges and ballot counting processes are resolved in the courts.

The S&P 500 only dropped about 5% during the Bush/Gore election in 2000. However, that disputed election occurred when the economy was booming, the government budget in surplus, and the expected policy differences between the two candidates comparatively modest.

By contrast, a disputed election in 2020 would occur in the middle of a deep recession, unprecedented government deficits, and deep partisan divides over potential economic policy. If, contrary to our expectations, a new COVID-19 stimulus package is in place before the November 3rd election, then political uncertainty could be more than offset by the prospect of $2 trillion in newly printed cash flooding into financial markets.

Without a new stimulus package and the associated Fed support for financial markets, a contested election could cause a painful market correction. As shown in the chart below, the S&P 500 could drop to 3000 before finding technical support. That represents about a 10% drop from current levels. Extremists from the left or right could take to the streets with violent protests. In that scenario, any pullback could be more severe than we expect.

Conclusion: A Market Drop Should Prove to be a Buying Opportunity

From an investment standpoint, we hope for a clear and decisive outcome on the evening of November 3rd. Failing that, we hope that a COVID-19 stimulus package has been passed and the Fed is actively supporting markets on election day. If we are disappointed on both fronts, and we expect to be, then we are prepared for a 10% pullback as markets face an extended period of political uncertainty. We will view this market pullback as a buying opportunity.

Ultimately, we are confident that a peaceful resolution will be found for any electoral dispute. Once we get the election and its associated uncertainties behind us, we believe conditions will fall into place for a powerful equity bull market. No matter who wins, the first item on the agenda for the newly installed President and Congress will be a COVID-19 stimulus bill, in our opinion.

The equity market in 2020 was pushed higher by enormous government deficits financed by massive Fed money printing. The same fiscal and monetary steroids are likely to be applied in 2021.

These temporary market stimulants could be joined in 2021 by a powerful economic recovery. Next year we will see continued medical advances in the treatment of COVID-19 and the prospects for widely available vaccines. Economic activity in 2021 could return to something resembling normal.

These tailwinds for equity markets are likely to prove far more important than the potential policy differences between a Trump or Biden Administration, in our opinion. We have been expecting an equity market bubble. 2021 could be the year it arrives.